I bought my first radio triggers back in 2008. Also known as ebay triggers the cactus v2s became my first set of radio triggers for speedlites. The build quality was poor and the reliability was even poorer. Because of this I switched to the Yongnuo RF-602 devices. The most important fact for a switch was reliability. I can remember a vacation where we used the V2s units and I encountered a lot of additional pops there. The RF-602s use the 2.4GHz radio frequency to communicate. I can't remember only one flash pop which was not triggered by myself. So in terms of reliability the RF-602 units are awesome. They only lack a bit if you move the receiver too far away from the trigger. But most of the time they do what they are made for: trigger something.

A set of RF-602 units consists of a transmitter and a receiver where you can use four tiny switches to select a radio channel. Both units are dedicated units. The RF-602 devices are not as transceivers. You can use the transmitter connected to your camera to trigger speedlites or you can use it as a remote trigger for your camera. The necessary shutter release cable is included. Both the transmitter and the receiver are made of solid plastic and they feel like first class build quality. They are rock solid. The receiver uses AAA batteries and the transmitter needs a CR2 battery. Both units can be mount to the cameras hot shoe. While the transmitter has the canon specific hot shoe contacts, the receiver just has a basic screw mount at the bottom. The older transmitter version offered an additional pc port so instead of mounting the transmitter directly to the cameras hot shoe you can connect it to the pc port of your camera (first and third image) . This allowed me to use radio triggered speedlites in addition to an on camera TTL speedlite. In the never versions of the transmitter they removed this port (second image). The RF-602 units support waking up a speedlite from sleep mode. Of cause this works only if you use speedlites which are not only connected with the center contact.

While there are a lot of good things to say about the RF-602 units, there are downsides too. The transmitter does not use AA or AAA batteries. So you always have to carry around this special CR2 backup battery for your transmitter. Another downside is the fact that you can't lock the transmitter in the cameras hot shoe. If you use radio triggers in a crowd it'll probable kicked of. At least this happened to me. Furthermore there is now power switch for the transmitter. The build in trigger button is easy to press and if you carry it around in your camera bag you'll drain the batteries.

Finally the RF-602 units offer good value for your money so I can recommend them if you can live with the downsides. The successor Yongnuo RF-603 does not remove the mentioned downsides and is a worse alternative. I solved the mentioned issues with a switch to Pixel Opas triggers. 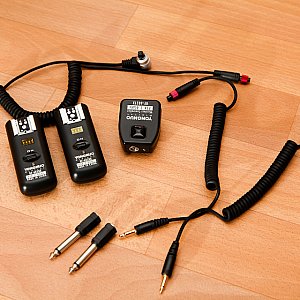 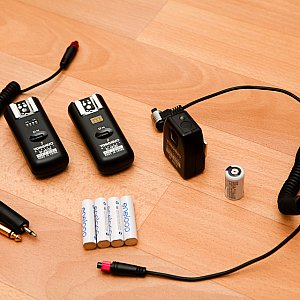 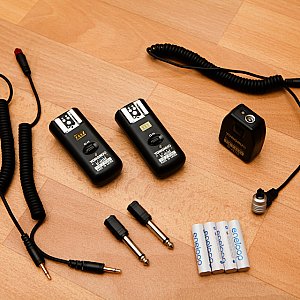