From my point of view a monopod is something you'll have to carry around a lot. For on location shoots you can usually use a normal tripod. But for events where you have to move around a lot a monopod is the better choice. So the first important feature of such a monopod is the weight followed by the second important feature which is the maximum height. I think nobody wants to bend down to the camera all the time. Ideally one can extend the monopod in a way the cameras view finder is at the same level as the eye. And finally the monopod has to be sturdy enough to not dangle around while fully extended.

After searching around I came across the manufacturer Sirui. They produce a number of monopods, one of them is the P-424. I bought it bundled with the L-10 head. Basically this combination meets all the mentioned requirements above. The monopod itself weights about 0.6kg/1.3lb, the head adds another 0.27kg/0.6lb. It's basically a no-brainer to attach it to you backpack while heading out. Fully extended you'll get a height of 170 cm, the head provides another 8 cm. This height is working very well for me even if the monopod is place slightly more down the hill. The foot contains an expendable spike which prevents the monopod from slipping around. 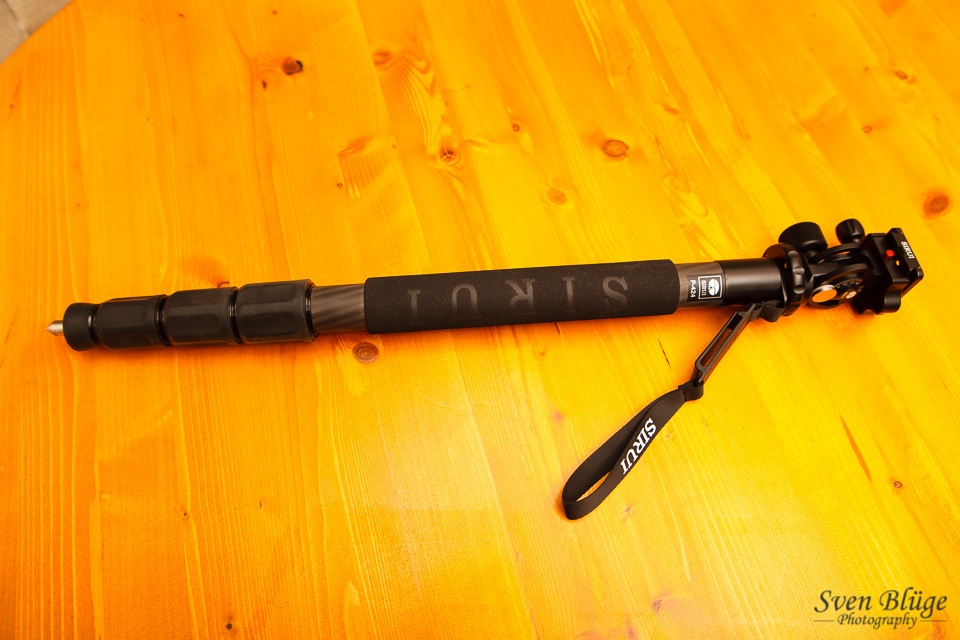 The overall build quality is very good. The monopod itself consists of four segments. They can be extended using a twisting mechanism. While the monopod is made of carbon the twisting knobs are made of rubberized plastic. I already mentioned that the foot contains a large metal spike which you can expand if needed. The top of the monopod has a metal plate with which you can fix the wrist strap and the head. 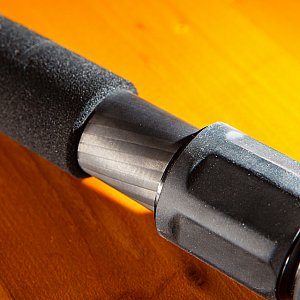 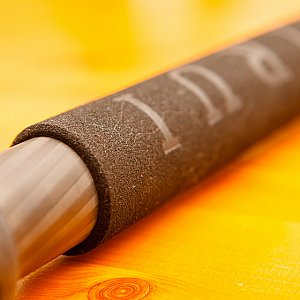 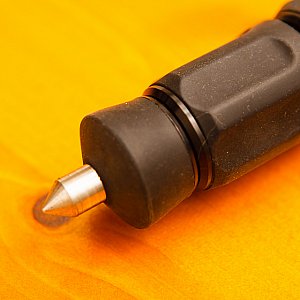 In my case I use the Sirui L-10 head. This head is a two way tilt head. The quick-release plate follows the Arca-Swiss standard. The head features two knobs, one for fixing the quick release plate and one for configuring the friction for the tilting. The whole head is made of Aluminium. Nothing is wobbling, everything is sturdy and gives you a feeling of having a high quality product. 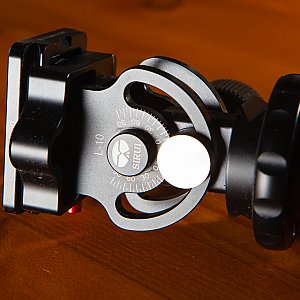 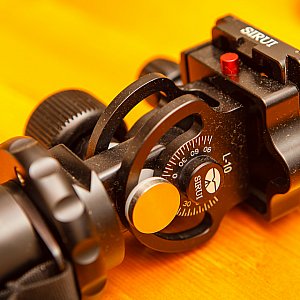 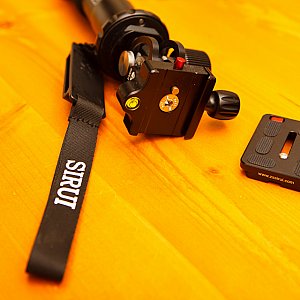 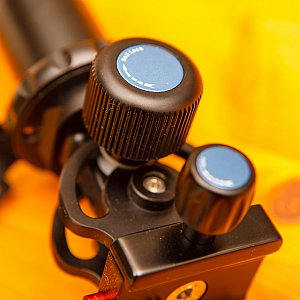 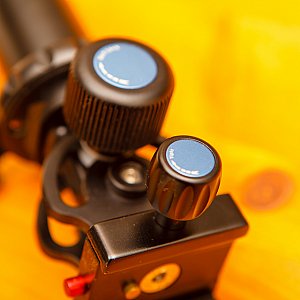 The first event where I used the monopod was a racing event. I started using my Canon 7D in combination with a 24-70 lens since I was close enough to the track. The two way tilt head was kind of annoying at least for this combination since I was a little bit uphill and following the cars with the camera was not possible using a simple straight line. I switch to a 70-200 lens which had a lens collar attached. Using this combination I actually had a three way tilt head which was very comfortable. Moving the camera up and down was covered by the L-10 head while keeping the camera horizontal to the track was easy using the lens's collar. If the current use case is not a racing event the L-10 head will do the job without any help ;-)

In cases where I need a tripod but don't want to carry around another heavy item a monopod is useful. With the Sirui P-424 in combination with the L-10 head you'll get a lightweight, tall and stable monopod which I can fully recommend.