My first Arduino board has arrived! I ordered it 14 days ago somewhere in China. It arrived together with an ultrasonic senor, a bunch of leds, resistors and wires. Putting things together in order to switch on and off a led was pretty easy. The arduino IDE makes things very easy. It also provides a lot of example code so you can start playing quickly.

Connecting the ultrasonic sensor was a piece of cake too. Finally my Arduino was able to detect things in front of it. And what is the best way to use such a ability? Right, you have to connect this to a RC car :)

In the current version the car is able to stop/start if it detects something in front of it. I also added some code to make it break. Unfortunately the car is very fast even at low throttle. So breaking is quit complicated. If it is too slow, it'll move backwards, if it is too fast it'll keep rolling forward. I guess I need more sensors to detect the speed for correct breaking power.

So far steering does not work, I'm waiting for the Bluetooth module to connect the car to my phone. There is also a light sensor on it's way. This piece of hardware will allow me to build a kind of lightning detector to trigger my camera. I know there are a lot of triggers like this on the market, but building such a device might be fun. I'll definitely keep you posted. 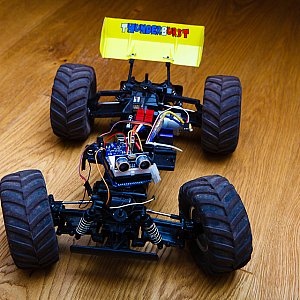 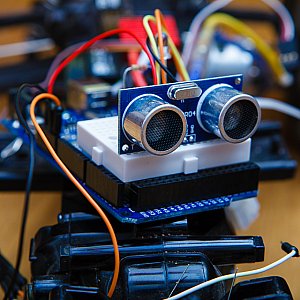 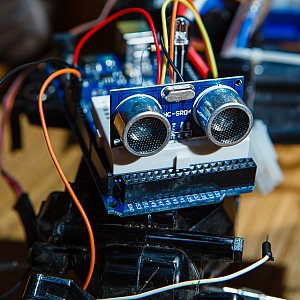 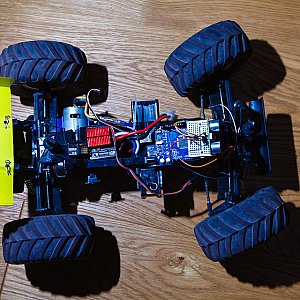 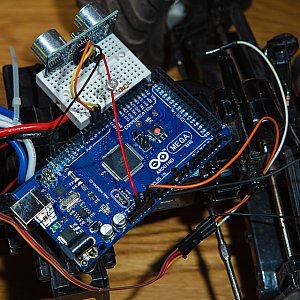